At the end of 2019, the European Commission announced the European Green Deal, an action plan to make the EU’s economy sustainable.  The European Green Deal recognizes the devastation being wrought by Climate Change and environmental degradation, and considers these an existential threat to the life and livelihood of its citizens.  A little more cryptically, it also recognizes the EU needs a new growth story to turn the European Union, in its own words, into “a modern, resource-efficient and competitive economy”.

In addition to the European-wide initiatives, decision-makers (e.g. mayors and officials) from regions, cities and towns across Europe have thrown their weight behind the need for an infrastructure overhaul, and a complete systematic and societal transformation, in a declaration called the Mannheim Message that builds on the European Green Deal at more local levels.

The goals1 of the European Green Deal are simple:

Much of the aspiration for the European Green Deal had already been discussed as far back as November, 2018, by the European Commission in its document “A Clean Planet for All”. The 1st goal, climate-neutrality, was thereafter officially endorsed by the European Parliament in March, 2019, and has become part of the EUs global commitment to the Paris Agreement.  The next step is to enshrine the Green Deal targets into a Climate Law.  This has recently been favourably voted upon by the European Parliament, but still needs approval from the Member States.  Not all Member States are as enthusiastic, with the fair distribution of commitments across countries being a potential stumbling block.

The 2nd goal, the growth story, is developing around the concept of a circular economy, where resource use breaks away from the old “take-make-waste” model that has overextended Earth’s ability to regenerate.  The hope is the new Circular Economy Action Plan, introduced by the European Commission in March, 2020 has more useful policies than previous efforts.  An initial attempt at a Circular Economy Package in 2014 was scrapped by the EU amidst complaints it was too weak and watered-down to be effective.

The action plan for the 3rd goal seems a little less well-defined.  The centerpiece is the Just Transformation Mechanism, a public-private initiative to leverage Eur 100 Billion annually towards achieving a green economy.  The focus includes facilitating employment opportunities, re-skilling, improving digital connectivity and building energy-efficient infrastructure for better health and quality of life.  It’s less than perfect, but at least indicates the type of funding available to Member States.

The Mannheim Message, agreed upon at the 9th European Conference on Sustainable Cities and Towns in early October, 2020, does a better job of outlining the core systemic changes needed for such a fair and just transition.  These aspirations include:

None of this will be easy or straight-forward.  Words like “Herculian effort” and “tectonic shift” have been bandied around to describe what it will take to achieve.  But the cost of inaction has been deemed far higher. 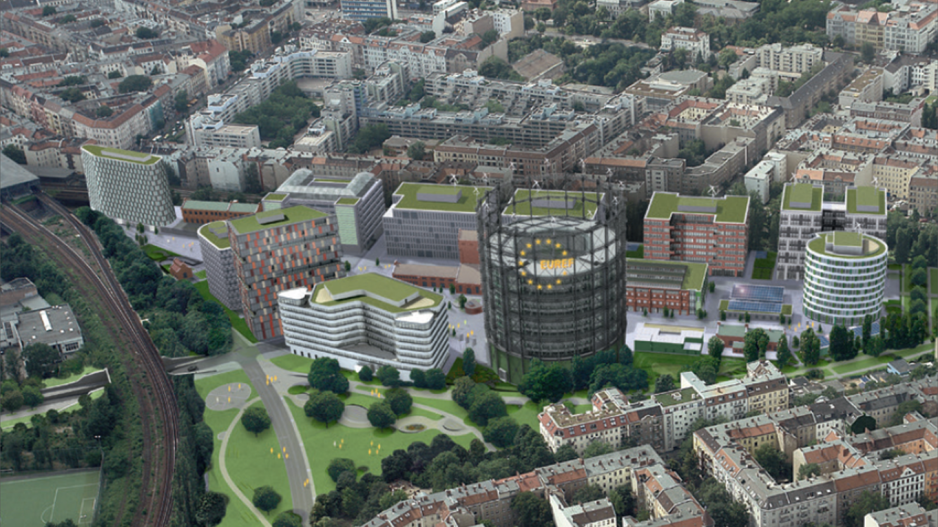 A key symbol of Germany’s efforts towards building smart-cities of the future is the EUREF Campus in Berlin’s Schoeneberg district. The EUREF (EURopean Energy Forum) Campus was originally conceived over a decade ago with the simplest of motivations – to create a climate-friendly and reliable energy supply. It has become much, much more, and now is one of the most forward-thinking research centers for energy, sustainable urban development and urban mobility. END_OF_DOCUMENT_TOKEN_TO_BE_REPLACED

Startup Europe is the European Union’s attempt at laying the foundation for a Digital Single Market. Administered through the European Commission, the idea is to provide startups, investors and accelerators with a means to connect to the various startup ecosystems across Europe, as well as enhance opportunities to connect to other markets across the world. END_OF_DOCUMENT_TOKEN_TO_BE_REPLACED